Canada is home to four dozen national parks and reserves, which protect important geographical features, land, and marine habitats, and sites of cultural significance. With so many spectacular offerings, without unlimited time to spend, it can be hard to decide which ones to visit.

Each park offers something unique but most are densely forested with mountainous landscapes, numerous lakes, and rivers. Nearly half border an ocean or one of the Great Lakes and almost all can be explored by kayaking, hiking, and biking in the warmer months, with winter bringing opportunities for snowshoeing or backcountry skiing. To experience the best of the best, consider visiting one or more of these.

Located along the west coast of the easternmost province in Canada, Gros Morne may be the most spectacular national park you’ve never heard of. Covering nearly 700 miles, including beaches, freshwater fjords, waterfalls, dense forest, and the Long Range Mountains, it’s a nature lover’s dream. There are miles and miles of scenic trail to hike and an abundance of wildlife to spot, with around 7,500 moose, one of the world’s highest densities of the animals, along with  black bears, caribou, and arctic hare. Other than hiking and backpacking, the Western Brook Pond tour is one of the most popular attractions. A two-hour boat trip will bring you through the vast, billion-year-old cliffs dotted with magnificent waterfalls that plunge into the park’s largest lake.

Visit this Atlantic Canada national park and you’ll be immersed in stunning beauty. Cape Breton is home to one of the world’s most breathtaking drives, the 185-mile Cabot Trail which winds alongside ocean cliffs through soaring green mountains and forested river canyons. There are endless trails if you want to get out and explore, including treks with ocean views for spotting wildlife like dolphins, seals, bald eagles, and puffins. Minke and finback whales arrive in May, followed by humpbacks in June – the animals stick around to feast throughout the summer season, and into early fall.

Banff is one of Canada’s most-visited national parks, and it’s also its oldest as the first to open in 1885. Nestled in a valley that’s enveloped by dramatic mountains, jewel-hued lakes, rugged canyons, and hot springs, if you’re fortunate enough to buy one of the Banff houses for sale, you’ll truly be living in paradise. Ride the Banff Gondola for a bird’s-eye view over the clandscape, including magnificent Lake Louise, and enjoy everything from hiking, climbing, zip-lining, and biking to caving, fishing, and whitewater rafting on the Kicking Horse River.

Located on Vancouver Island in Canada’s westernmost province, Pacific National Park is made up of three units, the Broken Group Islands, West Coast Trail, and Long Beach, each offering a distinct experience of its own for visitors. Long Beach, a 10-mile strip of undeveloped coastline, sits against a backdrop of a rainforest with mountains beyond, popular for beachcombing, surfing, and wildlife watching. Gray whales, humpbacks and orcas all pass by the southwestern coast of the island. Further inland, keep an eye out for bears, wolves, and cougars. The West Coast Trail is a historic 47-mile route featuring beaches, waterfalls, and sandstone cliffs, while the Broken Group Islands are ideal for sea kayaking and wilderness camping.

I have always wanted to visit Canada. I bought a car from there many years ago, but the seller delivered it to me. I would love to take a vacation there with my husband.

That would be a wonderful vacation! I hope y’all get to go someday 🙂

The images are beautiful. Too bad I will never get up there. I would like to visit.

Aren’t they, though? It’s on my bucket list to take a train through Canada some day 🙂

My family loves camping. I have never really heard of these national parks before. They sound awesome. Thank you so much for sharing

Those photos are stunning. I need to see more of Canada. Thanks for posting!

Thanks, I want to visit there again, too!

Banff is by far the best one I’ve been to.

I’m glad you’ve been able to go. I hope to travel there some day!

I have had Lake Louise on my bucket list for years. I really want to visit Banff. It’s just so beautiful.

Yes, I would love to add them to my bucket list, too 🙂 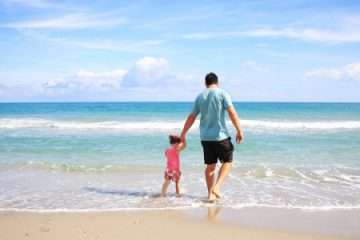 Tips For Traveling With Young Children 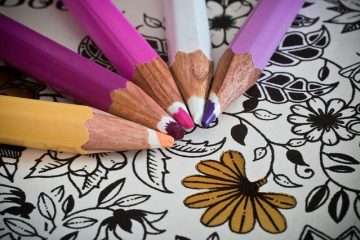 Coloring Mischievous Cats can bring calmness and relaxation to the adult who downloads these adorable coloring pages.